FOR SALE OR TRADE 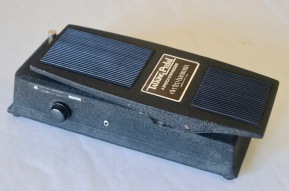 This Electro-Harmonix Talking Pedal is an extremely cool wah effect that sounds a bit like a Talk Box or a human voice. It's in excellent condition, working flawlessly, almost immaculate.

The Ibanez BPL is an exceptional phaser that still flies under the radar. This particular sample is all original, in near mint condition, fully tested and working flawlessly. 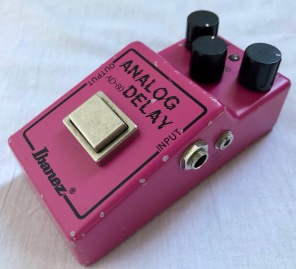 The Ibanez CP-830 is an incredibly warm and natural sounding compressor. This particular sample is all original, except for a new battery connector and a new foam pad in the battery compartment. It's fully tested and working flawlessly. 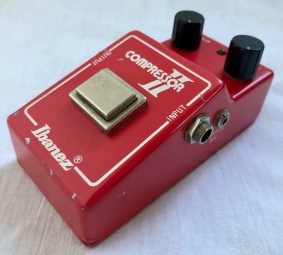 The Ibanez CP-835  is an exceptional compressor that can easily cope with the likes of a D*nacomp. This particular sample is all original, except for a new battery connector, fully tested and working flawlessly. 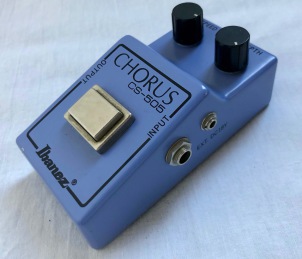 The Ibanez CS-505 Chorus is as good as it is simple. Just two knobs take you to a lush sound heaven. The pedal is all original down to the bone, fully tested and working flawlessly. 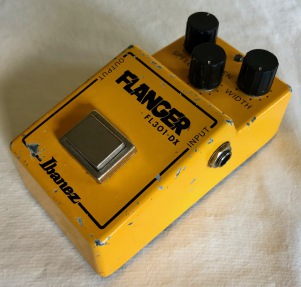 Ibanez FL 301 DX, all original except for a new battery connector and the two inner screws that hold the bottom. Pedal is fully tested and working flawlessly. 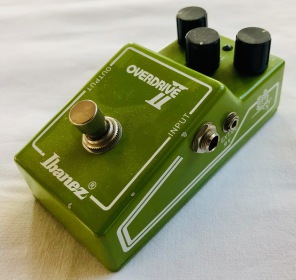 The Ibanez OD-855 Overdrive II is often described as the predecessor of the Tube Screamer. In fact it has certain similarities but it can go much further, as it is more a distortion than an overdrive pedal.This version 4 is the most sought after as it has the beautiful flying finger design on both sides and a power jack. 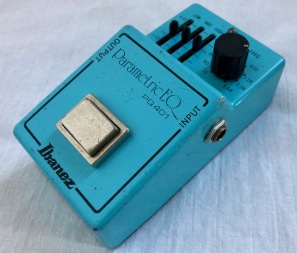 One of the greatest tools to tweak your sound to your personal taste - an Ibanez PQ 401 Parametric EQ, made in Japan in 1981, almost 40 years old but still working flawlessly. The pedal is all original, fully tested, working with 9v battery or power supply; both not included. 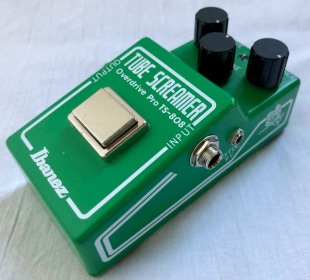 This is it: a 1983 all original TS9 Tube Screamer with the fabled JRC4558D chip and the green resistors. It's tested and it works beautifully both on 9V block and power supply. 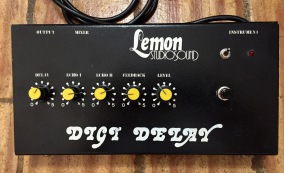 Extremely rare Lemon StudioSound Digi Delay, made in Germany in 1979, in excellent cosmetical shape and perfect working order. The unit was recently serviced by Gerard Daleiden, the original owner and pedal builder of Lemon StudioSound. He confirmed the impeccable condition.
BTW: This "Digital Delay" is truly analog with eight TDA1022 bucket brigade delay chips, each with 512 stages. This is a European 220-240 Volt version.

Up for your consideration is a Ricken's FR-III Fuzz effect pedal, manufactured by JEN in Italy in the 1970s. It features almost the same circuit and many similar components to the legendary VOX Tone Benders, which at the time were also being made by JEN.
Awesome condition with just some minor paint chips, technically everything is working flawlessly. No battery included.

This is a Top Gear 4 channel Mini Mixer, made in the 1970s in England by Top Gear. It dates back to Top Gear's paramount years in the market, which was during the mid 1970s. This mixer is in excellent working condition and in overall beautiful exterior shape. 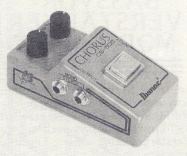 URGENT: ToneHome is looking for an Ibanez CS-505 narrow box Chorus with flying fingers side graphics as pictured. If you own one or you know someone who owns one please let me know. And if you are hesitant to quit with it, because it's such a great pedal, be asured we can supply you with the same narrow box Chorus (except for flying fingers) and some $$$. How does that sound?