Tom Jennings founded Jennings Musical Industries (JMI), of which Vox was a brand. He needed money to grow the business, so in 1963 he sold a majority shareholding to the Royston group, but was kept on to run JMI. Royston fired him in late 1967 and in 1968 he started up Jennings Electronic Developments, which became Jennings Electronic Industries (JEI). Dick Denney was also kicked out by Royston and went to work for Jennings. All Jennings pedals are thought to be hand-built in very small quantities by Dick Denney. The model range comprised in alphabetical order the Bushwhacker. the Cyclone, the Fuzz, the Growler, the Harmonic Boost, the Hi-Lo Boost, the Repeater, the Scrambler, the Wah-Vol and the Wah-Wah. All these pedals are extremely scarce, but the Bushwhacker and the Cyclone are particularly the rarest of all. JEI lasted until about 1973. 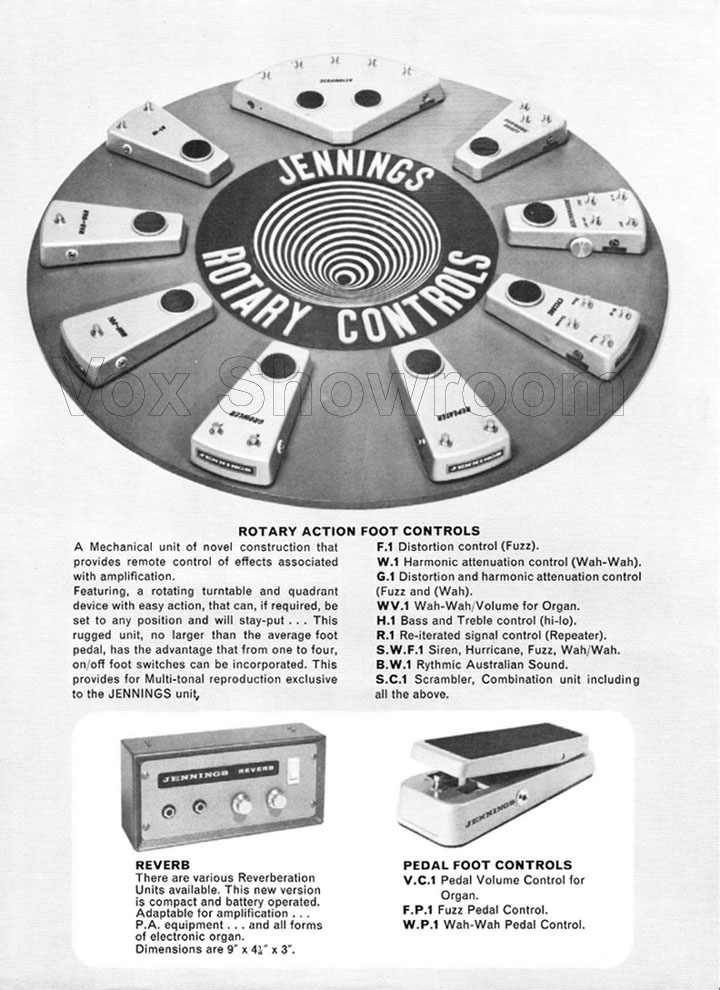 All Jennings pedals are extremely scarce, but the Bushwhacker and the Cyclone are particularly the rarest of all. My Bushwhacker more