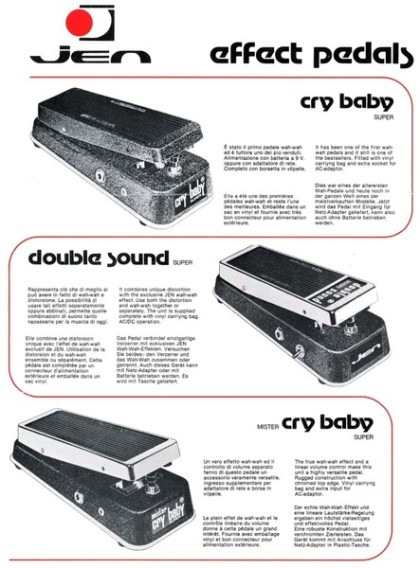 JEN reportedly founded in 1969 in Pescara/Italy soon became Europe's biggest OEM manufacturer for mainly guitar effects pedals, building products for VOX, Gretsch and several others, in addition to marketing a whole line of pedals under their own name JEN. Best known for their incredibly successful wah-wah pedal "Cry Baby", JEN developed and marketed such sophisticated effects as the Syntar GS3000, one of the world's first (if not first at all) guitar synthesizers.

Please enjoy my JEN effect pedals and plug-in effects on the sub-pages .