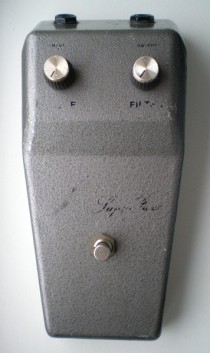 No surprise that the Marshall Supa Fuzz (internal code 1975) is almost a twin of the Tone Bender MKII: both were built at the same time by Sola Sound in England. The only differences between the two: the input capacitor of the Marshall branded version is 10µF instead of 5µF (Tone Bender), the bypass capacitor on the "filter" pot is 10µF instead of 5µF at the "attack" pot on the Tone Bender, Q2's collector resistor is 47K instead of 100K, the resistor from the base of Q1 to ground is 10K instead of 100K, and the transistors are OC75 instead of OC81D. The sound of the pedals is nearly the same, though the Supa Fuzz is a bit more on the bassier side due to the larger input capacitor, especially with that 0.01µF from input to ground still in place, which cuts even more treble. 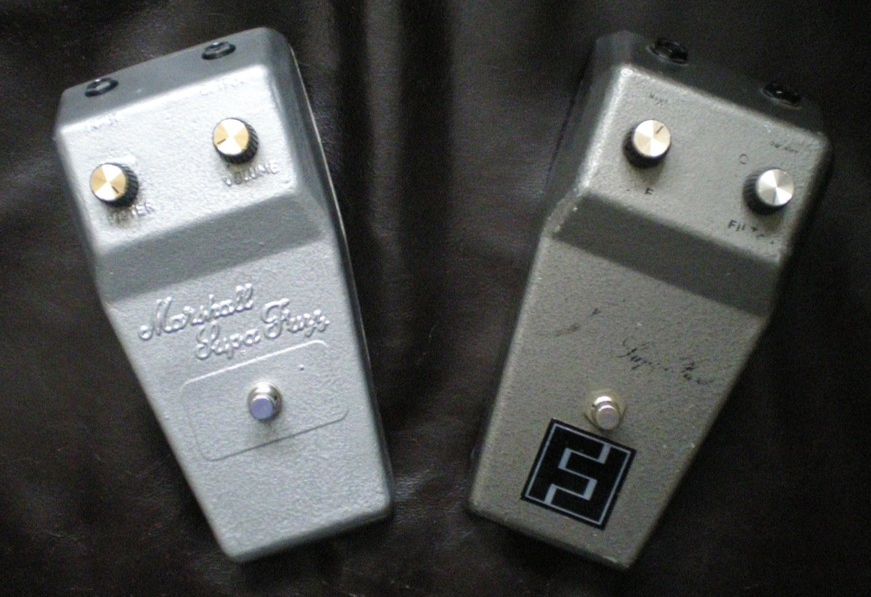 Here you can see next to my 1969 Supa Fuzz a ruthless copy of the second version of the Supa Fuzz with raised lettering. The sand cast enclosure is done in a bit of a sleazy way, the electronic build is pretty well done. It is higher in output and gain than my original.