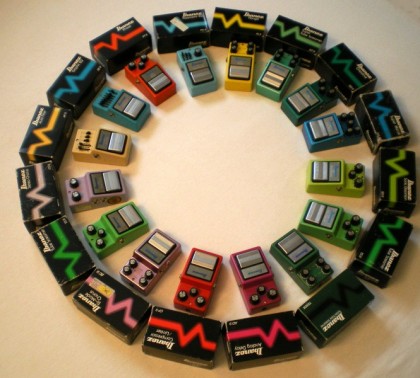 The 9-series replaced the unbelievably successful 0-series in 1982. New models as the Super Tube Screamer ST9 and the Bi-Mode Chorus BC9 (both in 1983) complemented the well known portfolio, others were renamed like OD850 and 855, which became Overdrive OD9 and Sonic Distortion SD9. Most significant change to all pedals were a new oversized stomp switch and 9V as standard operating voltage. Rumor has it that this fact - the operation voltage - was name-giving to the "9 series".

But why did Ibanez replace the strong selling 0-series (808 series) after only two years of production? Well, customer complaints about accidental misuse due to different voltage requirements of the 0-series pedals may be one reason. Another explanation is the simple fact, that the square foot switches were no longer available by the time the supplier ceased production. This is - by the way - the common explanation why Ibanez, when giving thought to a classical Tube Screamer re-issue in the early 90s, re-issued the less sought after TS9 and not the TS-808. When Ibanez finaly found a source for square footswitches, a TS808 re-issue was released in 2004. 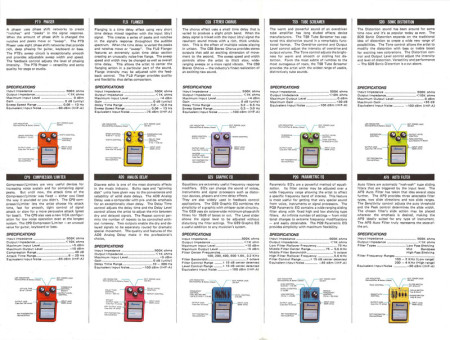