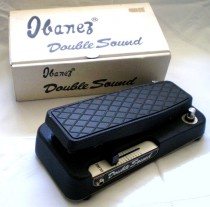 The fuzz section has two octave fuzz settings, one with scooped mids and one with a really thick mid-range. The Fuzz section of the split board version is identical to the ephemeral and extremely sought after Ibanez No.83 Fuzz.